Hi again to the class of 2020 and their proud parents and guardians!

In my last rant (let me know if you’d like me to resend that one to you) I suggested ten things you should consider doing this summer in between beach blankets and summer sports leagues and your jobs and volunteer internships and travel and whatever else you’ve got going on. With a little effort you can make some headway on keeping your college planning and application preparation going (or getting it underway).

That’s why the college guy is working all summer. You just call (email) out my name, and you know wherever I am, I’ll come running… 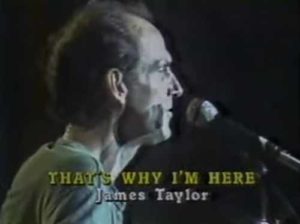 Today I want to pull your coat about essays, as in: write your first one now!

So don’t skimp on the suntan lotion, wear a hat at all times when you’re outside, don’t swim outside the guarded areas and for cryin’ out loud don’t shake your beach towel off in your neighbors’ faces; and read on:

Essays.
Almost every rising senior has heard and read and been coached about them; many are thinking about them, and some have even tried their hand at writing them.

In this rant I want to talk more about them.

Now don’t panic there’s plenty of time. Most colleges’ applications aren’t due till Jan. 1 or later. I suggest that all students be on track to have applications done and submitted by December 1. If you’re looking to go early action or early decision, you’re working off a November 1 or November 15th deadline.

In whichever application scenario you choose, there’s no rush.

Still, I suspect many of you are getting headaches over your college application essays.

“What am I supposed to write about?”

“Nothing interesting has ever happened to me!”

“These common application prompts are stupid!” (they’re not, actually)…

…are some of the regular laments I receive. Well, listen up buckos and I’ll give you my take on the Great Essay Opportunity.

That’s right – opportunity. Instead of thinking of these essays as annoying inconveniences being imposed upon you, think of ’em as one of your best chances to show those bozos in the admissions offices at Prestige U. what a huge mistake they’ll be making if they have the temerity to overlook you!

If you’re wondering: “What do they want me to write?”, you’re asking exactly the WRONG question.

Instead, ask yourself:  “What do I want them to know about me?” That’s the CORRECT way to think about your essays.

Viewed from this perspective, you have THOUSANDS of great stories and vignettes to relate in essay form. Your entire life is the fodder from where you can choose, and if you get beyond the idea that you have to write something that will differentiate you from the crowd, and instead realize that this life of yours is what ALREADY HAS DIFFERENTIATED you from the crowd, ideas for what to write about should flow more readily!!

College admission folks are less impressed by great accomplishments than they are by your ability to give them a particular insight in to one aspect of who you are. Be real. Be honest. Be beguiling. Be confessional. Be manipulative. Be clever by realizing that the one and only and ultimate purpose of your essay is to impart what I call a “moral” to the reader, and that moral is designed to cause the reader to conclude one (or more) of the following things:

(See how I nimbly listed the above in cascading fashion?!)

Get the idea? The sole purpose of every essay is to cause the reader to want to accept you. That’s it, fini, end of story.

*** intermission, go get a snack and then come back, cause I’m just getting going…***

You’re going to hear and read and be told that your essay is important because it’s your chance to “show the college who you really are!”

Instead, your essay should be designed to give the admissions folks a small peek in to one aspect of who you are. It’s a tease, a ‘come hither’ invitation for them to pay attention to you.

And then give them another (with the common application). And then another (in a mid-year follow-up letter).

Wot, is the College Guy crazy? Three essays? Maybe four? (some selective schools will ask for a second essay in their common app supplement, so the extra one I suggest you give them makes three).

Yes, I’m crazy….like a fox.  Assuming you’re able to write quality essays, on different topics, which will get their attention, why in the world would you consider stopping at just one????

Let me review: I have my students prepare an “arsenal” of THREE or even FOUR essays. Give each college an extra essay with your application (if they ask for one give ’em two, if they want two give ’em three…), and have one left over to send in February with your “follow up” package (I’ll talk about this in a future rant).

So where to begin? The 2019/20 common application (which is the one you’ll fill out for most of your college choices) have seven essay prompts, one of which you’re required to respond to. Here they are once again:

Note that prompt # 7 is topic of your choice!!! How cool is that?

So your first assignment is: go to the above link and choose one of the seven prompts and…drop and give me 650 (words, or fewer)!!!

By the way, don’t look for the 2019/20 Common Application just yet. The new common application will be unveiled August 1, and you can register and fill that bad boy out then – it’s not hard to do.

Now back to that essay, listen carefully. You know all those rules you’ve been told abut writing essays (usually by well-meaning English teachers)?

Forget them! There’s only one rule you need to follow (besides the 650 word limit):

Your essays should be like an Altoids (breath mint).

That means they should be “Curiously Strong”! (Go ahead, try one. It’s an accurate description).

The difference between a good and a great essay is how interesting it is to read. Many folks’ essays, though well written, tend toward the tedious and boring. Avoid that. Take to heart what an admissions director from Union College (Schenectady, NY) has written:

“I’d rather read an interesting, revealing essay about a student cleaning out his/her locker at the end of junior year, than read an uninspired piece about someone’s experience as a senate page in Washington over the summer”.

Here’s something else: it doesn’t matter what schools you’re applying to. Essays are generic – one size fits all. You need not customize essays for each college (save the rare common app supplemental essay, which you’ll be able to see in August when the new Common App goes ‘on line’).

So after you’ve written your first, common app required essay, don’t stop. I ask students to consider two more essays from two of the following categories:

Remember that ALL ESSAYS, regardless of topic, are ABOUT YOU, and are intended to yield one or more of the conclusions or ‘morals’ I enumerated above. That said, you are by definition the WORLD EXPERT on the subject matter – YOU!

So what are you waiting for? Go nuts and get writing!

Feel free to send me ideas, drafts, versions, whatever and I’ll be glad to give you my two cents worth…

From your corresponding capo, your narrative nabob, your loquacious lexicographer, your wonked-out wordsmith…

P.S. …and don’t forget, there are maybe 100 – 120 super selective colleges which accept less than 40% of their applicants. The rest (over 2,280 of them) are not that hard to get in to. And of those 2,280 colleges there are hundreds, if not thousands, of great schools for you. Give me a call and I’ll tell you all about them. That’s my story and I’m sticking with it, but if you want to see the same opinion expressed in print, read this from The Atlantic magazine:

About the Author: Gary Canter